An Apple a Day (Anti-4th Wall)

There was a small chuckle from Doc as her gloves started recording data on Sparkstar's lymph nodes. "My job is to look after my patients, and that includes making sure people who are more capable than I for individuals remain in the know. Now, if you could please remove your upper suit?"

Once she had done so, Doc continued with recording her breath and heart rate, and the LGMs resumed their own check-ups once things had been settled.

"Earliest available time iiis...." the head LGM glanced over the schedule again before looking back up. "Fourteeen...hundred?"

Wait, where did Parsec go? A quick glance around revealed that he was being dragged to the door by Field Agent Lightyear, causing the LGM to glance at its nearest companion with a flat look before waddling as fast as it could to intercept them.

"Please take a seeaat," it once again told Lightyear with a rather insistent wave of its arm to the seating area before turning its attention back to Parsec. "Earliest available time is fourteen hundreeed."

The other LGMs were being rather efficient with their own patients. Soon enough, those tending to TyFan had finished the exam and given her the vaccine. "Good to gooo," one said as the other two started cleaning up.

As one of the ones tending to Python started prepping her shot, the other turned to look at her as she asked her question and answered, "Standard annual flu shooot."

"No need for others unless you're traveling to the Delta Quadrant in the next mooonth," the third piped up.

Once Fox settled down on the table, her LGMs quickly got to work, beginning with the usual sense scans. None of them were aware of just what was happening in another part of the station....

* * *
Oh, if only Darkmatter was aware of just why the halls currently looked abandoned. Did he even remember what today was supposed to be, or had his time as an openly evil agent already erased Star Command's calender from his memory?

In either case, his luck was unfortunately (or fortunately, depending on which side you're on) about to go south right...about....

"Your presence is required in the medical baaay."

At first, it probably wouldn't seem to be too bad; the little LGM that had interrupted him was the only thing in sight, and it didn't seem to recognize him. It only took it about a couple seconds, however, to realize that the outsider it had given the friendly reminder to wasn't wearing the normal white and green, but instead a rather ominous purple and red.

And that was when Warp's luck went further south, because as soon as it realized just what those colors (and the robotic arm) meant, it froze, little antenna quivering, before it turned right around and fled as fast as its little legs could carry it. "AAAAAH!"

* * *
"Look this waaay, please," one of the LGMs told Python as the one on the opposite side of her readied her arm for the shot. Just as it was about to administer, however, it, along with every other LGM in the bay, froze. As the antennae started waggling again, looks of horror grew on every single one's face.

At the fourth table, Doc had just finished the last of the standard tests for her current patient. "Alright, Sparkstar, now if you could just remove your thermal suit, I'll be able to get a look at your--"

"Sweet Mother of Venus!" was all she exclaimed before she ripped open the curtain and rushed over to the LGMs. "What's wrong?!"

"Darkmatteeer!" one cried, as another followed up with, "In Star Commaaand!"

Unable to speak due to the swallowing Minerva smiled and slightly nodded as that part of the test concluded. Doing what she was told next the cyborg detached the top half of her outer suit and laid it beside her while the doctor took her breath and heart rate. She had started to wonder what the physician was going to do when she started to examine the young woman's robotic limbs.

******
Seeing that she was done, not even flinching as the needle went under her skin (because she was very afraid of needles), TyFan hopped off the table and thanked, "Alright then, thanks guys. Sure was fun getting examined by you." Just as she was going to head on out the door she had noticed the sudden personality change and got a bad feeling in her stomach that something bad was happening. And it was proven correct when they said that the traitor was roaming the station.

******
Breathing out a breath of air as the last of the routine tests were done the Spiritoian was about to comply when the scream came out of nowhere. Following Doc to see what was going on it only took Warp's name to make her jump into action. Grabbing her uniform top and slipping it back on she said, "Looks like taking a look at my implants are going to have to wait, Doctor. We've got an intruder and he's got to be take care of." 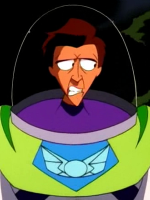 (Sorry for the wait everyone, but now I'm unsure what to do since I've been gone so long 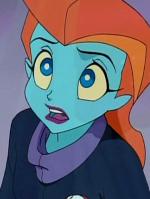 ((Basically the most relevant things that happened to your characters were the LGM telling them to take a seat in the waiting area and, most recently, the news that Warp is currently on Star Command. Does this help? If not, just PM me any other questions you have and I'll answer them as best I can.

Parsec was currently being dragged away to the door by Lightyear's daughter before he could respond. She wanted his help on documenting the animals on Canis Lun-oh, that was it, wasn't it? She did not want to be here at the doctor's and wanted an excuse his help to get her out. He smiled little and firmly halted in his tracks. He gently placed a hand on Jill's arm. "Jill, I haven't made my appointment yet. You'll have to wait."

Once he loosely turned away from her grip, he turned to his attention to the LGM.

Everyone quickly jumped at that scream.

Ty straightened and turned his attention to the LGMs. Darkmatter? In Star Command?! He furrowed his brows. After seeing Minerva race off to capture Darkmatter, his determination gave in. "Better go see what he's up to."

Underneath her mask, she perked a brow. Now her curiosity kicked in. "I'll be back."

She jumped off the table and left the office. But instead of following everyone else, she ran in the opposite direction to find a place to change into the form she was known for.
_________________
"Do you know the legend of the Phoenix?...The Phoenix was a mythical bird that was consumed by fire, but always rose again from the ashes. Perhaps that's what the Phoenix represents-hope, which never dies." -Professor Charles Xavier, X-Men: The Animated Series

Python jumped, looking around. The announcement had startled her and she was really considering ducking for cover.

((It's fine~ I was honestly afraid that this thread had been left for dead. XD))

Jill blinked in surprise as the announcement went off and Ty and her father dashed out of the med bay. Giving a coy smirk she strolled out of the waiting room. At least her plan worked, it just took the other godfather to pull it off.
_________________
"Uh Buzz? This is not really the way a girlfriend should behave!"-Booster
"She's NOT MY GIRLFRIEND!"-Buzz; before getting shot by Ozma
"That's Dr. Furbanna to you."-Ozma
"You know, Doc, your boyfriend's got some violent tendencies."-Zurg
"He's NOT my BOYFRIEND!"-Ozma
Best. Couple. EVER.