Back story: Morgan use to be a criminal since she was young and she was a beautiful one at that, at Trade World but one day Warp saw her and decided to make her one of his maidens until he left her for dead during a mission, but was rescued by Chris Speedchaser after finding this out. Since then she became good but she still has her aggressive personalty and scares a few people (especially XR and Booster). 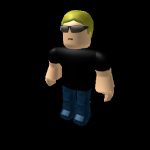 Hmm...this is alright so far, but it could use more information. Flesh out her personality and backstory, especially.

For personality, what are her likes and dislikes? What does she like to do in her spare time? How does she act in different situations (because no one is a single personality trait all the time)? Is there anything she does to relax and calm down, or is she always on the go? Are there any mental problems she may have from her experiences? What are her fears and what makes her go completely berserk? A one word answer to the question of personality creates a one-dimensional character, which becomes very stale very fast. Answering some of these questions and others you might think of will help to flesh her out and add more depth to her.

As for backstory, again, details. What was it like growing up for her? Were her parents there or did someone else raise her? What made her go into crime in the first place, and why did she become one of Warp's maidens? Did he offer it as a job or did he kidnap her and essentially make her his slave? What was it like working for Warp? What exactly happened on the mission that would make Warp leave her behind? Does she get flak from the other rangers for once working for Warp? A well-thought out backstory creates a solid foundation for personality, choices and actions. It helps answer the why--why she acts the way she acts, why she made the choices the she made. A well-thought-out backstory helps us understand the character and makes it easier for us to relate to her; a skeleton of a backstory will prevent the audience from understanding her motives and runs the risk of alienating them from the character (unless, of course, you want your character's motives to be mysterious).

Well she worked with Warp BEFORE she joined Star Command and Warp flirted with her to make her work for him but most of her back story is going to stay a mystery.

(EDIT):I deiced to scrap the mystery thing so here is the rest of her back story

Extra back story:Ever since she was a kid shes been a criminal (a beautiful one at that). After Warp found out about her he thought she could be good use for him, well until he betrayed her during the 3rd battle of Star Command (there might of been more since I only seen 2 battles at Star Command in the show) were Morgan almost fell to her death and Warp just left without her and without even caring (Rest of the Back Story was shown on her bio)

I am working on a possible fanfic that will focus on Team Speedchaser, and its going to sort of have a connection to Morgan Lash's past before she was working for Warp or becoming a Space Ranger, so here's some extra back story for her criminal life.

Final Back story: Morgan Lash was raised by her mother hiding in Tradeworld, until one day at the age 9, her mother was assassinated by a group of mysterious assassins which emotionally scarred her changing her personality from sweet and innocent to aggressive and unfriendly which led to her criminal life. Years later at the age of 27 she was recruited by the dangerous terrorist group known as the Death Skulls (Which will probably be the main villains for most of my fanfics focusing on Team Speedchaser), and accepted the offer since she knew she probably didn't have much of a choice but she had a suspicious feeling about them. During her years as a Death Skull member she encountered Chris Speedchaser for the first time who was captured by the Death Skulls and was going to be executed later,  However Morgan Lash still had some good in her and wouldn't really kill anyone and decided to rescue him after finding out how brutal and dangerous the Death Skulls are(And yes Chris had a plan to escape if she didn't rescue him),after she freed him, Chris thanked her and knew that she was good deep down and escaped, after that Morgan became really suspicious and checked the data files of the victims the Death Skulls killed and one of them was her mother who was a former member but escaped, and right when she found out, some D.S solders came and were going to kill Morgan, luckily she managed to escape, but she knew she had a death sentence if they found her. 5 months later roaming around Tradeworld once again, Warp Darkmatter was in town and read about her past and offered her to be one of his maidens, she accepted the offer knowing that being with Warp would keep her safe from the Death Skulls, but however this didn't keep her safe for long and eventually betrayed by Warp, but luckily she was rescued by Chris Speedchaser (The reason he's even there is explained in her first back story), and she realized that she is really safe from the Death Skulls, and decided to reform and became a Space Ranger and joined Chris Speedchaser's team, and she has been with them ever since.