And he did.
The Ranger looked up, but he didn't get the chance to attack back. Warp beat him to it.

She was found in the shadows of the trees.
And Ty, feeling a little mischievous himself, quickly looked around the tree for a strong vantage point. But Tessa already jumped downwards before Ty could find a place to properly climb the tree.

Although her landing in the soft grass was less than perfect, she was alright and on the move. This was Ty's time to find a spare water balloon...

And then the bombing began.

Flying water balloons struck their target. This game of war lasted for some time before it ended in victory for the winners.
Tessa was out.
_________________
"Do you know the legend of the Phoenix?...The Phoenix was a mythical bird that was consumed by fire, but always rose again from the ashes. Perhaps that's what the Phoenix represents-hope, which never dies." -Professor Charles Xavier, X-Men: The Animated Series

Doctor Thalassi kept watch with Tessa as her second pair of eyes. It always intrigued Tessa how her friends moved. Even though it was just a game, Mira and Simone looked so graceful and Tessa wished she could be like that. As for Buzz, Ty, and Warp, their movements were smooth and coordinated. You could almost see the wheels turn in their heads as they planned their next move. She admired them so much and wished she could be more like them.

As the game went on, everyone got a little more competitive. Mira used her ghosting powers to her advantage and pulled a sneak attack on Buzz. She paid for it shortly after with a return attack. The battle raged on athe sun blazed high in the sky. Warp was disregarding the rules, as per usual.

"Did you even listen to what the rules were? You're going to end up losing again."

"Since when have I ever listened? At this point, I'm doing it just because I can. Besides, breaking the rules can be fun."

"Since when has that ever worked to your advantage?"

Warp just gave a smirk and went back to the game but he recieved several hits in return for his cheating. Ty and Simone were really going at each other with a bit of playfulness thrown in. With all the hits and misses, no one else seemed to be getting outs. As predicted, no one would give up that easily. Everyone was really getting into the game until the round was abruptly ended. Doctor Thalassi made a note of all the penalties, most of them Warps, and Tessa took note of the hits to determine the winner.

"Okay, Warp was one hit shy of being out, no thanks to his disregard for the rules, Mira and Simone received 2 hits each, and Buzz and Ty received 1 hit each."

And with that Buzz and Ty were tied and declared the winners. After a little cleanup, Everyone else headed inside. With that, the rangers explained to Doctor Thalassi about the mission without Darkmatter or Tessa overhearing or being overly nosy, remarkably.

"I know its a little bit strange, Doctor. But we were under orders."

"Ty, we might as well get ready and get going. There's not much left to do than start with the mission. The trick is avoiding a certain nosy teenager before we do. "

Buzz and Ty waited for the right moment. It was strange, hiding things from a girl who was much younger than they were but given Tessas reputation to be inquisitive about these missions, they knew who the were dealing with. Finally, Tessa went upstairs to take care of a few things since she would be leaving in the morning and with the supposed meet time approaching fast, Buzz and Ty quickly changed into their ranger suits. With the coast clear, the two headed towards the stairs. But before they could head off, Warp stopped them. He was in his spacesuit and held up Buzz' phone in his hand.

"You honestly thought you could keep a secret from me?"

"It fell out of your pocket during the one on one match. Saw what Nebula had to say. I figured that this mission would be more exciting than whats happening here."

Ty made a comment and Warp was quick to reply. "Relax. If I did, I'd never hear the end of it." As the three of them headed down the stairs, Warp turned to Buzz.

"Just as a reminder, I'm not doing this whole 'stay put' thing for you."

"I know. But if you even think about trying to escape-"

"I know, I know.  You two will tattle on me and I'll have years added to my sentence. As if I don't have enough already."
After a few last orders from Buzz and a few goodbyes, the three set off on their mission. Not long after, Tessa came back downstairs.

"Hey, where are the guys? I thought heard them talking a while ago-"

"They just went out to run some errands. Don't worry about it. "

"O-okay..." Tessa replied, hesitantly. Something was up and Tessa knew it but didn't say anything.

When Buzz, Ty, and Warp arrived at supposed meetplace for Kentrix and Torque, Buzz and Ty did a routine check of the area, all the while both of them making sure Warp was in their eyesight.Nothing out of the ordinary. A little too ordinary. Just a silent street before a big event. After coming up with nothing, the three of them waited for Kentrix and Torque to arrive. While keeping a look out for the villians, Buzz asked Warp in a hushed tone:

"So what do you think Kentrix and Torque might be trading off here?"

"You want to know what I think? I think this whole thing stinks. Somethings off."

Buzz raised an eyebrow. "Look, this time of day and a public place? Can't be something very big. And knowing Torque... I'm telling you,  something isn't right. And don't tell me you guys haven't been thinking the same thing. "

The thought did cross Buzz's mind and with the look Warp was giving him, Buzz knew he was serious. The three of them silenced as they began to hear footsteps. Buzz looked back to see Torque walk in, with one pair of hands in his pockets. Buzz gave a few hand signals, telling Ty to watch his back and Warp to come with him. Warp motioned to Buzz and let him know that Torque probably had some blasters with him. Buzz acknowledged him and as they waited for the element of surprise and Kentrix. But Kentrix never came. Torque moved further into the shadows as people began to line up at the enterance and the ragers and Warp kept a close eye on him. Still no Kentrix.Buzz thought this odd but with 30 minutes until the fairs opening, he decided to move in anyway. He couldn't wait any longer. And with that the three of them rushed in and had Torque surrounded and forced him into a corner, a safe distance from the gates, with Torque seemingly caught off guard.

"Surprise! " That was easy. Too easy. Buzz kept his guard up and so did Warp and Ty. Torque gave an unsettling grin as he quickly pulled some blasters out of his pockets.

"Surprise yourself,  baby." Torque said with multiple echoes. Turns out the two rangers and Warp were surrounded by a dozen Torque clones.

"Its always that one thing, isn't it? That one thing you always forget until its too late?"

"No time for your snark now, Darkmatter." 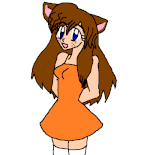 The competition escalated into an all-out water battle. At this point, it was safe to say that everyone was now on the edge of breaking the rules, but somehow they all, save Warp, managed to keep themselves from going over the edge. The fun was still on, the adrenaline rushed forward, and the high and the mighty still threw and fought with water.

The battle came to an end, however, by the time everyone slowly lost steam from all the excitement.

It ended on a high note for mostly all, with Ty and Buzz declared as the winners.
Ty received his prize by a swift and quick kiss on the cheek from Simone when no one was looking.
It was decided that everyone would go inside to change out of their swimwear; there was work to be done!

After Buzz and Ty changed back into their Ranger suits, they were heading down the stairs when they were halted in their tracks by a certain Darkmatter, who held a phone in his hand.
Ty scowled; Warp knew.

"It fell out of your pocket during the one on one match. Saw what Nebula had to say. I figured that this mission would be more exciting than whats happening here." wrote:

Ty crossed his arms and scowled. "Don't go blabbing it off, Darkmatter. If anybody knew-"

Warp defended himself and after a few more bickering between he and Buzz, they were on their way.
--------------------------
And so, the trio arrived at the meeting place where Kentrix and Torque were rumored to be. After a quick check of the area, the Rangers and Warp waited and sought out any sign of trouble with their eyes.

More talking and somewhat bickering ensued, but there was a truth to this arguing. Something was definitely up...

Finally, after time passed, Torque came into view, and the Rangers and Warp were on the move again, motioning and moving silently here and there to surprise Torque.

And lo, they sprang the surprise on Torque, but the surprise in turn was sprang up on them with Torque and his army of clones!

How indeed would they get out of this one?
_________________
"Do you know the legend of the Phoenix?...The Phoenix was a mythical bird that was consumed by fire, but always rose again from the ashes. Perhaps that's what the Phoenix represents-hope, which never dies." -Professor Charles Xavier, X-Men: The Animated Series